What residents and families are saying about Pleasant View… 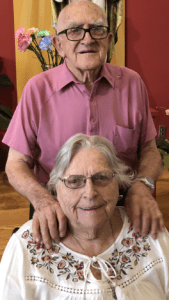 Following is an article that appeared in the June 2018 edition of The View newsletter.

In November 2017, Mrs. Algreta Schutte was transferred to Pleasant View from the University of Wisconsin Hospital with multiple fractures after a serious car accident. At the time of her admission she was not expected to survive her injuries. It was difficult for her to do anything for herself, and so the staff compassionately cared for her 24 hours a day. Her injuries were severe so the nurses, nursing assistants and other team members monitored her very closely. Algreta, her husband, and family were involved in the goals and plans for her care. Staff presented recommendations and discussed the reasons behind what the treatment and therapy sessions would involve.

Due to the attentive care Algreta received at Pleasant View she did not suffer any of the potential illnesses associated with being bedridden—bed sores, pneumonia, or blood clots. Instead she stabilized and started to improve. When the Therapy department began working with her, Algreta did not want to do anything for herself. Multiple times a week therapy staff challenged, encouraged, and helped her to build strength and endurance. Because of the hours of therapy and the struggle of recovery Algreta did not like the therapists, but she did love and appreciate them. At different times she felt she could not progress, but the Therapy staff kept telling her she could do it, and believed for her until the day came that she believed in herself. Eventually she gained enough strength to make the trip to Madison where she had the necessary surgeries for the fractures in her legs. 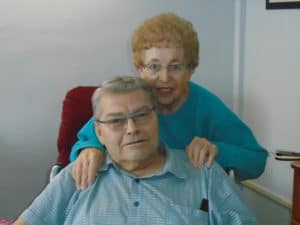 “The Pleasant View staff’s commitment to the care of residents is to be commended. They were very genuine, kind, and thorough in their care while I was a short-term rehab resident. The best part was how kind and friendly they were by taking an interest in getting to know my family and me. Their cheerful demeanor and always having a smile to share helped me as a resident feel “at Home” while recovering. They took an interest in doing anything they could to make my stay more comfortable. For example, when my family and I had to spend Thanksgiving at the nursing home, the staff went above and beyond to make our family feel welcome. They took special care to make our meal together special and attended to our every need. The therapists (PT, OT and Speech) have also gone above and beyond to make sure the residents get the therapy need to get strong and recover. My family and I cannot say enough about the RN’s and CNA’s. They were all very friendly, courteous and diligent about making sure I took a walk two to three times each day. Even if I didn’t feel like walking, they encouraged me in a positive manner, which helped me get up and get moving. We would recommend PV to others because this is my fourth time as a rehab resident at Pleasant View, and each time I have been very pleased with the care. This is a true testament that the care received at Pleasant View is consistently top-quality.” 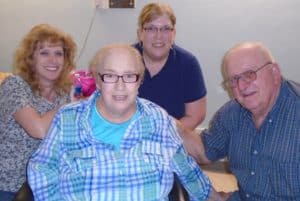 “The Pleasant View staff were wonderful and kind in taking care of me. Therapy got me back in shape to go home. I would recommend Pleasant View to others because they are the best!” 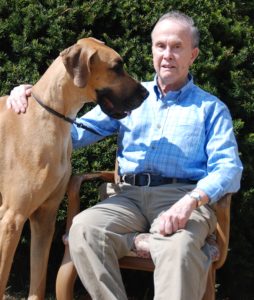 “What I appreciate most about Pleasant View is the staff. They are pleasant and take time to help. I also like having a larger room and being in a larger facility. My family feels good about me being at Pleasant View because there is enough staff to attend to individual needs. For example, when I had a cold the staff took good care of me and I appreciated them checking on me. I would definitely recommend Pleasant View to others because of the nice setting—it is scenic and rustic—like the grounds where you can go outside for a couple of hours. Also, there are a lot of things to do for residents in the afternoons like outings on the bus or playing cards. It is home-like–I sleep well here, the food is good and I have choices.” 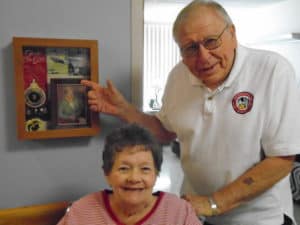 “My wife, Lois, has been a resident at Pleasant View since March, 2013. This has been a uniformly good experience for both of us, since Lois’ health issues have gone beyond a caregiver’s abilities. The staff at Pleasant View has been most supportive, keeping me apprised of conditions, integration into the PV community, and insuring plentiful, nutritious meals and snacks. It has been a revelation how each and every staff member is attuned to the welfare of those they take care of. Their friendliness, upbeat enthusiasm, and courtesy are strong indicators of the care they provide. Visitors are welcome anytime and the opportunity for the family to have meals with their loved ones is most appreciated. Lois has also commented on the ability to attend religious services and musical performances. All in all Green County should have considerable pride in having such an institution that provides its residents with such quality of life experience!”
-Jim Glessner, Spouse of a Current Resident 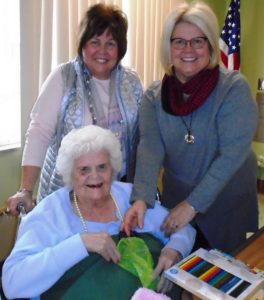 “My mom Joyce Winn Ness was a resident of Pleasant View for six plus years. Mom passed away December 2017. The compassion and wonderful care she received during all of her time at Pleasant View was fabulous and heart warming and we appreciated it so much. Mom enjoyed the music and entertainment the most, but loved playing games (Dominos & cards), lunch in Club 48, Friday night fish fries in Club 48 (on Thursday). I am sure it makes the residents feel like they are going out for something special. The staff and activity coordinators go above and beyond helping residents to enjoy the planned events.” 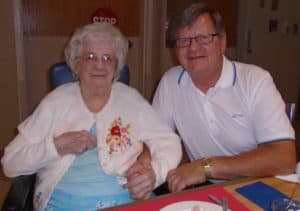 “If Pleasant View wasn’t here I would be driving probably to Madison, and I go out every day so that would be an extra 1½ to 2 hours in traveling time for me, and it would be extremely difficult. I’m just so blown away with the staff and how compassionate they are. It’s just incredible when you have people who have worked there for 20 or 30 years and how they relate to a patient. When my mother goes down the hall, no matter how busy they are they stop and give her a hug. You just can’t put a price tag on that.” 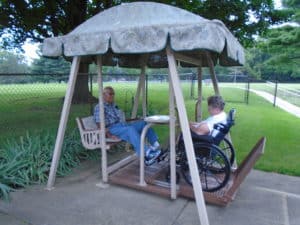 “I feel good about my wife, Lela, being at Pleasant View because the doctor visits are very helpful, and the fact that she can get her hair done each week. I appreciate how clean the floors and bedrooms are, and the nice walk we can take outside after lunch. The staff at Pleasant View have been helpful by always having her dressed and looking good at all times. I am never disappointed. Once when I mentioned to a nurse that I would like to take Lela for a ride in my van, right away she said, “I’ll help you load her,” and that was a real help. Some of the reasons we would recommend PV to others is because Lela can eat with others that she knows, and the nurses are always happy and cheerful.” 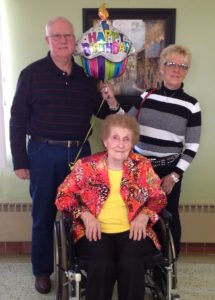 “The loving care and professionalism of the staff is what stands out about Pleasant View. We see what a good program you have here on the rehab side as well the permanent living side. The staff’s job is not always easy but they try very hard to help everyone in a respectful way. I get a warm feeling when I walk in this building, and I believe my mother is much happier here because of all of you. We feel good about our mom being here because we know she is getting the best care possible.”
-Barbara Freund, Daughter of a Former Long-Term Resident 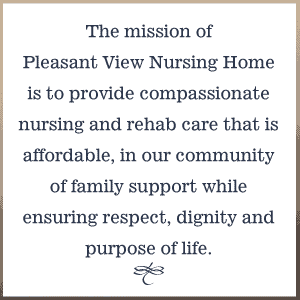